If you’re going to run a social media photo kiosk at your event and want to do live uploading, you’re going to need internet. PicPic Social can work offline without internet, but in cases without internet, you won’t be able to post to Instagram, Facebook or Twitter. You’ll only be able to queue emails and text messages that can be sent later when you actually have internet access.

For the uninitiated, they may think relying 100% on the venue for internet is a great idea. The truth is, it’s a horrible idea and you’re setting yourself up for failure with this mindset. Venue wi-fi 90% of the time have firewalls and there is (almost) nothing you can do about it except to use Connectify as a work-around.   Even this isn’t ideal. Your best bet is to always bring your own hotspot. This guide will assist you in choosing the right carrier, hotspot device and data plan for your social media photo kiosk needs.

The three big dogs in telecommunications in the USA are Verizon, AT&T, and Sprint. Their reliability will vary greatly depending on your region. Being on the East Coast (aka the Beast Coast) AT&T has always been the best. When we head out to the West Coast to do events in Vegas & California, Verizon always wins. I can’t speak for Sprint, but anytime I’m around Sprint users they’re always asking me to use my phone…

Ultimately, choose your carrier based on who has the best coverage in your area. Most carriers are great in the city. It’s when you get to the sticks that you’ll notice how much good your carrier really is. I was a loyal T-Mobile customer for years but when I stated using my mobile hotspot for business I knew they had to go. The prices were great but the service sucks when you leave the major metropolitan area.

I tried AT&T & Verizon respectfully. Verizon has better overall coverage nationwide but AT&T has better data capabilities (IMO). With Verizon, you cannot be on the phone and use your phones mobile data at the same time. For you this might not be an issue, but for me its huge. And for you, it will be huge if you plan to use your phone as a mobile hotspot. You might get a call in the middle of your event that you need to pickup. As soon as you do, your hotspot data shuts off.

Another reason why AT&T wins over Verizon is the 4G & 4G LTE coverage. Without going into details, 4G & 4G LTE are different,  4G LTE is faster than 4G. The hierarchy goes like this:

With Verizon, if you are in a zone without 4G LTE they drop you to 3G which is a step below 4G. Running a social media photo kiosk at 3G speeds is like trying to drive a car with no wheels. The data requirements for social media kiosks are too much for 3G and you’ll notice things like loading the Facebook & Twitter login screens take almost forever. AT&T drops you from 4G LTE to 4G. 4G isn’t as fast, but it will be manageable!

[blockquote author=”” link=”” target=”_blank”]Use your phone as a hotspot if you’re just getting started, but if you are established there is no reason to not have a dedicated hotspot![/blockquote]

When it comes to choosing a hotspot you’ve got 2 options. You can use your phone as a hotspot or you can buy a dedicated mobile hotspot. A hotspot is hands down the best option, but if you are a smaller company using your phone isn’t a bad way to start although it has its disadvantages.

Using your iPad or Android tablet as a hotspot

Using your phone as a hotspot

Buying a dedicated hotspot is the best choice if you are serious about running social media photo kiosks at events. With a dedicated hotspot you can leave it at the event with your attendants and don’t have to worry about missing important phone calls because you don’t want to lose data capabilities. But alas, not all hotspots are created equally.

We are primarily talking about AT&T and Verizon, but the next bit of advice remains the same if you are using these two carriers or anyone else. The #1 top advice for anyone using  a dedicated hotspot is that you should buy a hotspot that supports 5GHZ and then leave it on 5GHZ mode or your events. Without a 5GHz hotspot you’ll quickly feel like social media photo kiosk suck.

Running social media photo kiosks aren’t cheap and the costs ultimately add up. Another piece to add to the list is your data plan and the ultimate question is, “How much data do I need?” The answer depends o how often you are doing social media and how much sharing actually goes on. Lets put it together with basic math and computer knowledge.

According to information gathered by using PicPic Social Event Cloud, the average photo booth or photography company only shares 200 photos at an event. Using simple math we can calculate that roughly 200 MB of your data will be used at one event. If you are doing 4 events a month you are using 800MB which is under 1GB. If you’re on a monthly cap of 5 GB for your cellular plan, you can dedicate 1 GB of data for your social media photo kiosk.

If you’re doing 4 events a month with social media and you find you are doing on average 200 shares, then a plan under 2GB will be sufficient, but this is ultimately determined by how many photos get shared on average at your events.

Larger companies share thousands of photos in one event and can quickly consume multiple GB’s in one day. If you are doing this much sharing you will need or already have a dedicated hotspot with 10GB-30GB just for your social media needs.

Get updates and learn from the best

PrevPreviousWhat to Know About Using a Social Media Photo Kiosk at Your FIRST Event
NextPicPic Social has moved to the cloud!Next 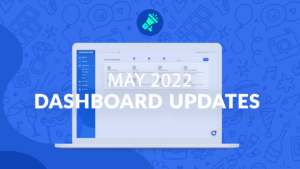 TLDR; Software updates coming on May 30th, 2022 Device Server will be updated to 2.7 Most settings for Sharing Station event creation will be moved 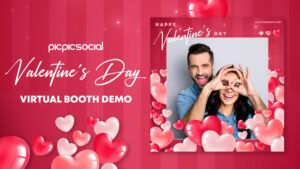